Have you heard about Consumer Tech trends from CES this year?

We had the chance to attend CES – the Consumer Electronics Show – which in other words is the biggest show in the world when it comes to consumer electronics.

We would like to share some of our feedback, even though we haven’t had the chance to see or explore everything. To give you a little insight on CES, they showcased more than 3,900 exhibiting companies, including manufacturers, developers, and suppliers of consumer technology hardware, content, and technology delivery systems with more than 300 conference sessions and more than 170K attendees from 150 different countries.

A few trends remained similar to previous years but we also witnessed tremendous innovations that bring Robotics, Automotive, Smart Homes, and by extension Smart Cities, to another level. We will also quickly mention Gaming because VR is becoming a big thing… and also because it’s fun!

Let’s be honest, robotics is nothing new. In 1968, the first computer-controlled walking machine was created by McGee and Frank at the University of South Carolina. Ever since, we have created an incredible number of robots that can do any type of job such as vacuum cleaning, mixing, cooking and so much more. Over the years we’ve seen more and more robots growing in the industry, doing repetitive tasks, and rationalizing the supply chain for companies to be more effective in the long run. Actually, industrial robots have grown faster than companion robots. But Man is obsessed with creating robots that look like humans. In the 2000s, we started talking about Artificial Intelligence and Smarter products.

The first Roomba was released in 2002 – a self-driving robot that vacuums your house by itself, without falling from the stairs and going around objects. It was the first Smart product. Today, we are witnessing robots that actually talk to you, anticipate your needs, and even read your emotions. Machine Learning is getting crucial in this process and can make two robots, initially identical, totally different a month later. Most of the robots are not quite ready for consumer tech but we are getting there soon – lots of companies realize that mass-production is harder than it looks: it is one of the key phases.

Smart is everywhere, in everything. It’s entering more and more into our lives, in many different ways and forms. Initially, we were thinking about smart meters that can monitor your home temperature, shutters that can close and open with the simple touch of a button on your smartphone, or even robots, cleaning up your house on demand. Now, the smart home is reaching a new level because you can control everything through one single device: this is where the war between Alexa and Google Home starts. Voice-enabled / controlled devices, especially, were one of the top trends at CES.

In addition, security and surveillance are becoming big topics with smart door locks that prevent thieves or fires for example, or 360 AI-powered camera devices to protect your home and your loved ones.

By extension of smart homes, cities are becoming so much smarter as well! How does it work? By connecting buildings, supplying greener sources of energy for a better living, connecting people or even vehicles/automobiles… Smart Building and Smart Cities are not only about electronics, it’s about a whole mindset and how we can re-organize the way we live today. This has been THE hottest trend of this 2018 CES and was put forward in so many different ways. It started with autonomous cars and buses, but also electric transportation and more. The Smart Grid is embracing our daily life slowly. Smart Cities are becoming all about sensors bringing more data to improve our daily lives. We also heard a lot about 5G which will make the internet 100X faster than what we know today. The idea is to really improve public places, train stations, airports, and public venues into smart, connected hubs that communicate with your smartphone so that everyone is part of the equation.

Coming to the automotive industry, we witnessed a lot of new concept cars that provide more information not only about the journey and the car itself but also about the passenger, and its environment; cars that are equipped with wide dashboards collecting loads of data and redefining customer experience as a whole. Byton was the newest automotive concept displayed during CES 2018 and even had a screen on the steering wheel, replacing typical dashboards we currently see in cars today.

Many technologies were showcased to increase road safety but also more connected than ever. Ford even showcased a self-driving vehicle delivering packages all around the city, using an app and personal information to interact with the receiver, seamlessly. Soon, your house and your car will be talking to each other and we can even imagine that they all will talk with our cities, our neighbors’ cars, and much more.

Gaming was the most entertaining part of CES 2018, especially when Virtual Reality is a thing now! VR lenses are reaching the consumer market with really decent prices (less than 100$) and can be used to watch a movie, 3D, or play a game in total immersion.

We tried a headset that actually makes you think you are in the movie theatre, with very realistic 3D effects. It was a very good experience that also didn’t make you feel dizzy, compared to some of the VR devices currently available.

In short, we saw a lot at CES this year and we were pretty satisfied with it. A lot of Hardware devices are progressively entering homes with decent retail prices, but also industrial companies are trying really hard to find greener solutions for energy. Mass production still remains a key step in any new product development and this is where the services of EMS companies are of utmost importance. 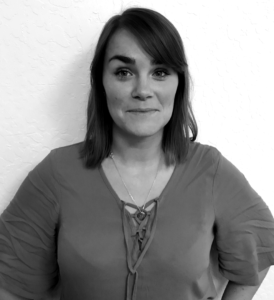 How to select the best EMS partner for your project?